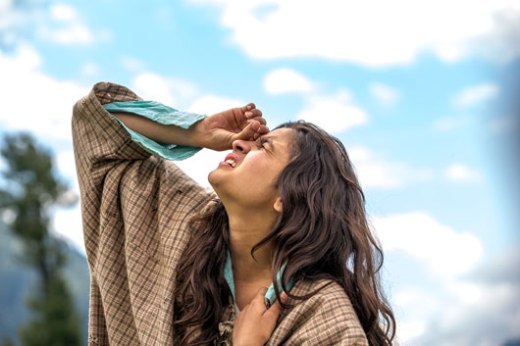 Before you think about reading this as a review, let me tell you neither I am qualified enough to write it nor much aware of the technical nuances of cinema, this is about how a 2 hr 20 min motion picture made its way to my heart and acquired a place of its own.

Right from Socha na tha’s Viren to Geet to Meera to Jordan to Veera, director Imtiaz Ali carved the complicated, confused characters facing complex situations in life, he believes in those characters because he believes in human beings as clueless and complicated. From playfulness to obsession to separation to union was the earlier path followed, he finally merged the same with death in ‘Rockstar’ taking the theme one step ahead. Ali Lyrically presented the heart wrenching saga with references of Rumi and Baba Farid with some dreamy compositions of Rahman. Right from his first venture Imtiaz was successful in projecting the dichotomies in the lives of his characters, every time he handled the subject carefully and had achieved a pinnacle in understanding of EMOTIONS.

Imtiaz Ali comes this time with a script which he had written 15 years ago and is closest to his heart, the protagonist is Veera who is choking in the claustrophobic environment of high class families, living in posh localities, surrounded with people ready to fulfil her desires with drop of a hat, but there is a past which has been haunting her.

She gets kidnapped by a goon called Mahabir, in her attempt to escape, Veera discovers the pure air she always yearned for, here the linear narrative ends….. And director asks us to indulge into the beautiful tale, figure out what to feel instead of explaining the proceedings. Followed by absence of dialogues and background score, all you are left with is ‘silence’ or they called it ‘implosive silence’ which speaks volumes and comes out as the loudest cry. Passing through the outskirts of Punjab, Rajasthan, Himachal, the north India is captured beautifully through Anil Mehta’s lenses with Imtiaz’s vision and Kamil’s words.

Likewise, there is also something in the past of kidnapper, which is eating him from inside, some lesions from his past of his mother cradling him, singing plangent lullabies. (SOOHA SAHA) don’t remember last time when I felt so strongly for the character and rooted for a tough man to weep, that outburst from Hooda passed the shiver through my heart, eyes became moist and felt relieved.

(Breathing out of bondage)

Meanwhile, Veera explores the world outside and the world within, she travels a journey which she doesn’t care where it  ends, she neither wants to go back nor she cares about reaching anywhere, lost  in the alluring journey of searching self accompanied by a stranger who has abducted her. We see beautiful locations of north India from Veera’s eyes, the only way one can watch this move is by understanding the state of mind of the lead characters. the relation between the two is not to be mistaken as love, it’s their situations and complexities which brings them closer, the comfort which makes them feel secure. It’s more like a space between father-child love and mother-child love.

Imtiaz successfully conveys that, one has to be away from the society to get a clearer perspective of things which one fails to see by living in a shell. Everything from their present lives looks annoying to them, while the journey feels like a semblance of purity. When we live in a certain environment, we are programmed in a certain manner, we have expectations from others and others have expectations from us, but when away, clueless about the roads, people, environment the way we act that time is realism in purest form, we don’t have to play a role, we are free of consciousness, it’s like recreation.

The old saying ‘Distance makes the heart grow fonder’ has been used repeatedly by the director in his movies but projected in the most different ways every time.

Freshly launched from a big banner Aalia Bhatt made a clichéd debut, never thought she will do a role which will be fully depended on her acting abilities, but here she comes out with a brilliant performance displaying wide range of expressions and emotions. In that simultaneous ‘laughter and tears’ scene near the gushing water, she earned a fan there. Such powerful expressions of love, pain, joy, grief all in the same character, I have only seen veterans pulling this out with such great conviction.

Movies of Imtiaz Ali are not to be judged, they are to be experienced, he brings out the most unadulterated form of emotions from his characters. HIGHWAY is not a movie it’s a feeling, it’s an implementation of thematic admiration, and a rare form of storytelling which looks subtle but is simple when looked from senses of virtue. It demands to be watched from the realm of our emotions and surrealism.

For all those who haven’t watched it yet, before entering the theater make sure that your heart is at right place, all fundamental errors takes the back seat if a product like this reaches that untouched, unexplored part of heart, all you need to do is surrender yourself to the excellence of film-making.